Microsoft’s Stores all about Propaganda?

In his third piece on “fixing Microsoft” Bob Cringely has some convincing theories about those proposed Microsoft retail outlets – namely that it’s all about providing street-level positive spin for Windows 7.

Sadly the rest of the article, dealing with the specifics of where he’d make cuts at MS, is a little too uneducated and thus disappointingly unconvincing. Not very Cringely, in fact. 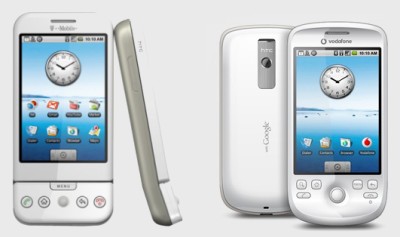 According to the FT, ITV might be looking to flog Friends Reunited, with analysts predicting that potential suitors would “include rival sites such as Facebook and MySpace”.

Can i be the first to call “bollocks” on this?

Friends Reunited was arguably the first “social networking” website and a pretty decent idea back at the turn of the millennium, if only let-down (from the users point-of-view) by the charging of a fee to contact any old friends you’d found. By the time the company realised nobody liked this and made everything gratis, it was too late – Facebook, Bebo and MySpace had already taken hold. So Friends Reunited is now just another site and almost certainly won’t be bought by anyone who already has a foot in the social networking market.

Jakob Nielsen (yes, he of usability fame) on 25 years of the Macintosh…

“The Mac’s miserable marketplace performance seems to pose a strong argument against usability. Why bother, if it doesn’t sell?

The counter-argument is that usability is the only reason Mac survived. Compared to the PC, it was much more expensive, had only a fraction of the specialized applications, and was cursed by Apple’s business-hostile attitude.

So why would anyone pay more for less? Because Macs were easier to use.”

This sounds like it could be a very worthwhile project. Definitely one to keep an eye on. Pun not intended.