Creation on the fly. 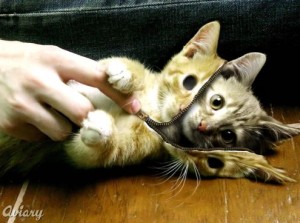 At present the site offers free online image editing, vector editing, a “visual laboratory” and colour palette generator but they’re planning on video editing, audio editing, font creation, 3D modelling, desktop publishing and more. I’ve not had much chance to play yet but it seems like very, very impressive stuff from what i have seen.

Definitely one to watch.

There’s plenty of rumour and speculation about what updates to the iPhone Apple will announce today in their live preview event, but about the most sensible take i’ve read on these rumours is fryke’s. I’d tend to agree with all his points, with the exception being about MMS:

“People who were using MMS extensively before going iPhone _are_ missing the feature. But it really _is_ just an expensive (at least in some places) replacement for real E-Mail. The iPhone does E-Mail really well. Adding MMS would basically mean to invest development hours into a vanishing technology. So I’m saying: No need, really. iPhone apps allow you to use Facebook and other platforms to share your pix online. If your contacts only have older phones that _don’t_ do Facebook and/or E-Mail well, they should get a better phone. May I suggest an iPhone?”

Plenty of my “contacts” aren’t geeks… so while they might use email, they certainly don’t do so on their phone. Even if their phone handset is capable of it. MMS, however, is something that almost all my contacts have immediate access to (who doesn’t carry their mobile with them?) – and almost all of them can use it because it’s as simple as SMS. It’s clear that MMS hasn’t had the same impact as SMS but i’d hardly call it a vanishing technology. I guess we’ll see tonight where Apple stands on the matter.

I’m not an iPhone user so don’t have a list of gripes i’d want fixed by 3.0 but there are definitely some (perceived) problems that prevent this potential customer from becoming a customer.

Forget “iTunes DJ” – the best new feature of recently released iTunes 8.1 is Autofill! This previously iPod-Shuffle-only feature fills your ‘Pod with a random selection of music from your library. If, like me, you don’t really bother with Playlists in iTunes and don’t have an iPod with the capacity to sync your entire library (and don’t fancy listening to something in particular) Autofill is a god-send. Just strange it’s taken this long to appear.

Do you have trouble distinguishing an ultra-portable from a sub-notebook? Can’t spot a netbook in a sea of ULPCs? Well, El Reg has compiled a lovely little flowchart for helping you categorize those Small, Cheap Computers.

If this is true, my choice of handset upgrade come August is a three-way tussle.

Pre, iPhone 3.0 or one of them there Blackberrys?