I’m a bit behind with these ICBM updates, so forgive (be thankful) for the lack of witty, insightful summary…

No. of matching numbers: 0

Still nothing won on the lottery but the bank account continues to accrue the interest… albeit a penny at a time.

This saturday’s lottery draw marked the half-way point of my It Could Be Me experiment. Did anything notable happen? (No)

No. of matching numbers: 0

So, we’re half-way. Last week i mentioned some in-depth analysis. Unfortunately i haven’t got around to performing any so you’ll have to make do with this for now: 6 months and i’ve won bugger-all.

I’ve written before about laptops sporting curious “dual pointing devices” designs. The HP Elitebook 8540w is such a machine but the mouse isn’t the bit that has prompted this post. No, for it has another, more bamboozling, feature.

The 8540w is a decent spec’d business laptop which is relatively good looking (at the side of the Toshiba Tecra M10-17H i covered before) and, as i said, sports the very odd trackpad and nipple-in-keyboard mousing options… 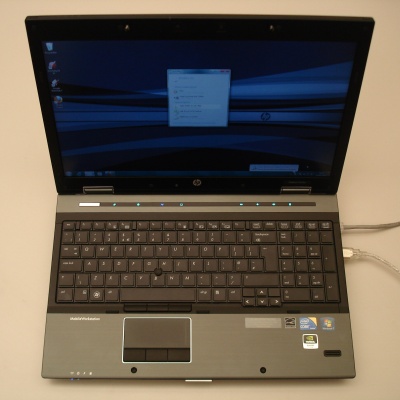 But the part that immediately sparked my curiosity was this… 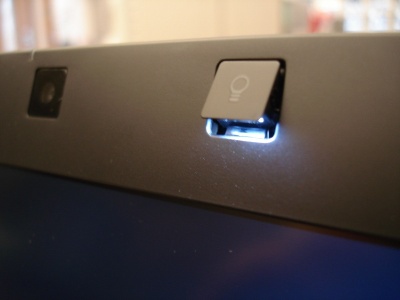 Yes, that’s a pop-out lamp! A little push-to-open, push-to-close LED lamp built into the monitor bezel. Oh, how i laughed. I laughed and laughed. And shook my head. And then laughed some more.

Why laugh at this novel approach to solving the problem of typing in the dark? Well, there are a few reasons. Firstly, the lamp is not centred over the keyboard that it is meant to light; it’s positioned over to the right. Secondly, while the LED appears to be SUPERBRIGHT, there isn’t a great deal of that candescence reaching the keyboard level – even in a pitch-black room. Finally, this solution looks more than a little clumsy, inelegant and backwards when compared with Apple’s automatic backlit keyboards.

I just realised that i now know a lot of iPhone owners. It’s probably the first time since the Philips DIGA1 in 1998(?) that i’ve known so many friends and family members with the same sort of mobile phone.

This time 2 years ago, i knew one person with an iPhone. (It wasn’t me.)

This time a year ago, i knew three people with iPhones. (None of them were me.)

I’m not really sure where i’m going with this, other than to provide anecdotal confirmation of Apple’s sales figures. It doesn’t look to me like “antennagate” is putting people off. Oh, and incidentally, i’ve yet to know anyone who had an iPhone but switched to another device once their contract expired.

The mobile phone universe had it’s big bang and expanded phenomenally but is it now contracting?

Is it obvious that i’ve lost all enthusiasm for this experiment yet?

Next week’s draw will mark the half-way point of this experiment. Given this, I might provide some in-depth analysis of the results thus far. It’s quite likely that I won’t though. Sorry.