No, not a Fisher-Price toy. I’m going to tell you about my iPhone 4 – the first iPhone i’ve owned – after having used it for one (1) whole English week. And, what is more, I’ll make this easy for us both and break it down into nice bite-size chunks…

The Look The iPhone 4, as with all Apple products, is undeniably beautiful but (and you may be surprised to read this) I’m actually not too taken by it. I couldn’t help but feel a little disappointed when Steve Jobs unveiled the iPhone 4 and the leaked images were proven to be correct. I had been hoping it might look a little more like the MacPredictions mock-up, truth be told. Don’t get me wrong though, I like the design; I just don’t love it. 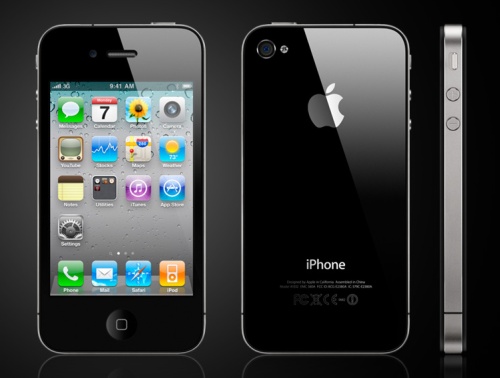 The Feel I might not be a huge fan of the look of the iPhone 4 but i adore the feel of it. The glass screen feels great to the touch – smoooooooth – and the device’s uniform shape means that any way it can be held feels like the correct way.

That Display Let’s not beat around the bush: Apple’s “Retina Display” is simply amazing and, cliché or not, it really has to be seen to be believed. It makes the tiniest of text legible and pictures just look stunning on it. The only downside is that the apps that’ve yet to update their graphics really stand out as letting the side down.

Typing One of my biggest concerns about getting an iPhone was that my big fat fingers would prevent me from typing quickly on the on-screen keyboard. Initially i thought my fears had been realised as composing text took far too long – long enough to make the alternative phone call a much quicker option – but within a couple of days i was more than comfortable with the interface and now a week later i’m picking up some speed. The iPhone’s Auto-Correction felt intrusive to begin with but now i see it for the godsend that it is – Put your trust in it and you can let your thumb(s) fly over the screen without worry. I’m not sure that i’ve yet reached the typing speeds i was capable of on a physical numpad with T9 predictive text input but then i had been using that system for nearly a decade.

Battery Life As far as the battery is concerned, i’ll say the iPhone 4 is OK. I’m getting about 7 hours of “usage” out of a full charge (according to the phone’s own Settings app). This is 7 hours of “general” use – doing a bit of everything the phone can do (though mainly web via wifi, i’d guess). The longest i’ve managed on a full charge so far is a total just shy of 8 hours and the shortest is somewhere just over 6 hours. I can’t say i’m especially pleased with this (and i’m a little concerned at the thought of how long the battery will last 2 years down the line when my contract expires) but then i had to charge my old phone (a Sony Ericsson W760, if you’re interested) daily anyway and that wasn’t half as powerful.

On the plus side, i was pleasantly surprised to discover that a full re-charge of the iPhone takes less than 2 hours. It’s fantastic that just sticking the phone on charge for as little as 20 minutes can give you a couple more hours usage time.

Signal Strength The iPhone 4’s antenna “problem” is probably as famous as the device itself now so i feel i should give you my take on it too. Here goes: Yes, the signal drops when you grip the phone over the black “joins” in the steel rim – but i only actually witnessed and reproduced this myself this after watching the video demonstrations online. Since the way i naturally hold the phone when taking a call avoids the problem area, the only time i’ve noticed the signal drop-off (when i wasn’t actively trying to demonstrate it to somebody) is occasionally when holding the phone to type. In short: The problem has yet to actually inconvenience me.

The Camera The iPhone 4 might not have the most megapixels in the world of camera-phones (indeed 5 megapixels might seem almost antique now many devices come equipped with 8mp or more cameras) but this truly is a case of “it’s what you do with it that counts”. I am continually awed by the quality of the images the iPhone 4 can capture – a lot of which i’d be pleased with if i’d snapped them on my “proper” point-and-press digital camera. I realise some of you may doubt such claims, so let me simply furnish you with an example… 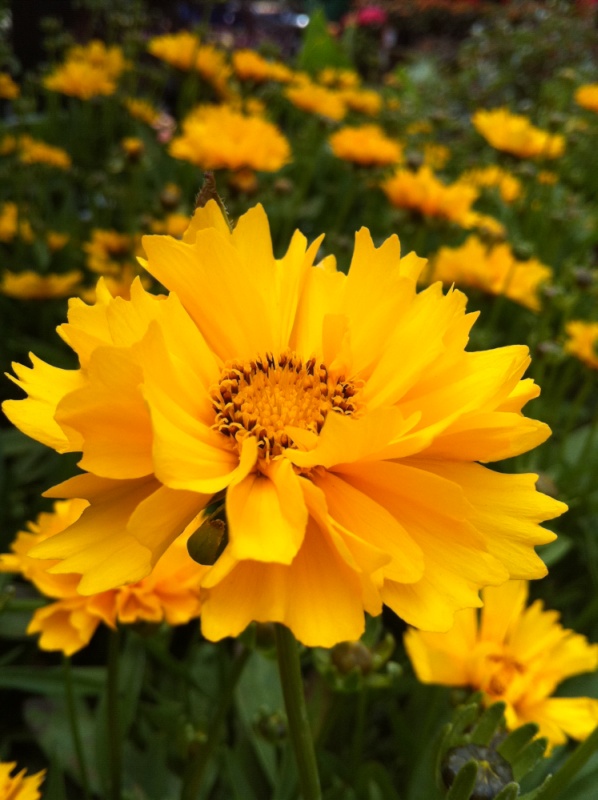 A photo taken with my iPhone 4. Click here for the full, untouched JPG file straight from the iPhone’s memory.

And as an added bonus the camera also films video in 720p HD. Sure the footage it takes is not as good as a you would see from a dedicated device but the few videos i’ve done so far look great, save a few white balance oddities in extreme brightness.

FaceTime Apple’s video-calling has a daft name, only works over wifi (for now) and may or may not be of any practical, real-world use but that doesn’t take any of the shine off it the first time you try it. The calls connect quickly, audio quality is good, video quality is good and best of all there are no stutters, lags or break-ups. Audio-video sync is also perfect. (And, in my case, this is the same wifi and broadband connections that allow for (at best) a small, sometimes jerky, video conference to take place over gmail video chat or Skype.)

Responsiveness Aside from the camera app start-up which occasionally suffers a noticeable delay (note there is ZERO lag in actually taking pictures) and processes that rely on data being fetched over the mobile networks, i haven’t had to wait for a single thing – the phone responds to every touch instantly. It is actually so good, the interactions so seamless, that the experience is largely unremarkable. Perhaps that sounds stupid? Perhaps it is. But what else can you say about something that “just works”?

(I suppose i could point out that friends with the iPhone 3G or 3GS who’ve used my iPhone 4 have all remarked at how fast it is. Not having used a 3G or 3GS for any length of time myself, i’m afraid any improvements are lost on me.)

Overall I’m a week in to iPhone ownership and, unsurprisingly, i’m completely smitten with the device. So far it has been (almost) completely flawless in operation, the camera is fantastic, the screen is incredible and typing is far easier than i had worried it might be. Sure, i’m not completely happy with the battery life1 and the antenna issues bugs me (in that the problem exists) but they’re quite insignificant grumbles when i consider the tools i now have, always, at my finger-tips.

PS. Some further reading, for those who found this little review too lightweight:

TheRegister’s review of the iPhone 4

Ars Technica’s (rather in-depth) review of the iPhone 4

Page 2 of AnandTech’s (rather in-depth) review of the iPhone 4, which discusses the antenna “problem”

Engadget’s summary of AnandTech’s antenna discoveries, for those who like the short version

John Gruber’s translation of the above letter from Apple PR