Want to do a fresh, clean install of Windows but have lost all your driver discs? Wouldn’t it be good if you could locate and save the individual driver files you need before formatting the hard disk? Here are 3 free utilities that could help you do just that…

So, Which? is warning consumers that they might not be getting the best price by buying services through price comparison websites.

Shock-horror! Things cost more when you involve middlemen?! Who’d have thunk it, eh?

Don’t want to ring around every provider? Here’s an idea: Just use the price comparison site of your choice to narrow down your options to, say, the cheapest three… then just call those directly and get a quote. It’ll almost certainly be cheaper than the online price you’re seeing. Afterwards, mention finding them through a price comparison site and you might get further “online” discount too. I know it’s worked for me.

I never cease to be amazed by the number of people who just assume that because something is available to buy online that it must be cheaper than if you were to buy it in the “real world”. More than a few times i’ve seen items sell for way above even their high street rrp on Ebay just because someone assumes that items listed on there must be a bargain.

If you’re planning on one-upping the other stalls at a trade fair by offering “better” sweets, please don’t be tight with them… 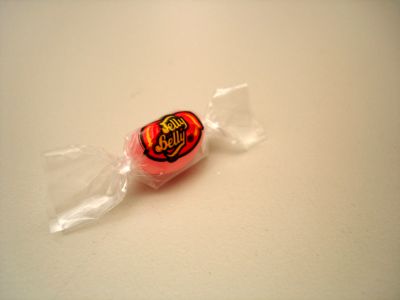 Here’s the Zero Punctuation review of Gears of War 2. I haven’t played the game yet but as i suspected, it’s more of the same – shoot humanoid bugs from behind walls. Chest-high walls.

Two graphics programs i couldn’t live without when stuck using a Windows machine (as i am everyday at work) and, if i’m totally honest, wish existed for the Mac…

Both free, both lightweight and both, as i said, indespensible if you have any image manipulation to do. Irfanview i use primarily for saving screen-grabs but it also has a great batch conversion tool. Paint.NET is like MSPaint’s bigger, cooler brother. When you don’t have access to Photoshop (or can’t wait for it to load) then Paint.NET is an excellent quick and simple alternative.

While i’m on the topic of free software, i’ll also quickly mention NCH Software. They write lots of applications. Some commerical, some freely available… but from what i’ve used so far, all good. VideoPad, which recently helped me out of a spot, is a nice little video editor and one of the few free ones to be found on the web. The other prog that i’ve found really handy to have about is Switch - i recently used the new Mac version of this to convert some music from WMA to a more iTunes-friendly MP3 (since MacOSX iTunes won’t do the conversion, even though Windows iTunes will).