With the wonders of ever-shrinking technology, i wondered how long it would be until this would happen: 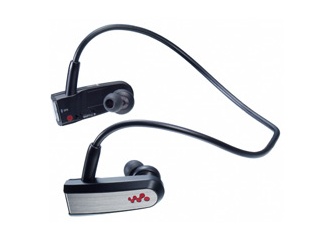 A big dollop of kudos to Sony for being (as far as i’m aware) the first to market with these MP3-player-in-the-headphones devices. Shame they’re quite ugly. And cost 60 quid for just 2gb storage.

Apparently, listening to music loudly on an Acer A1 netbook kills the device’s hard disk drive. Most bizarre thing i’ve heard in a long while. And, yes, i’ve already double-checked the calendar – April 1st is still two days away.

In digging up links to Microsoft’s “hidden” utilities for my last post, i re-discovered a few other links to useful (and free!) tools for Windows. They’re not things i’ve used extensively or very often but i thought i’d list them here should they be of use to someone. Somewhere. Maybe.

ClamWin – Free, open-source anti-virus scanner for Windows based on the ClamAV engine. (ClamXav is an OSX anti-virus program based on this engine too)

CobianBackup – Allows you to create backup copies of your work according to schedule or on demand.

Roxio UDF Reader / Nero InCD Reader – Some people will insist on using CDs as re-writable disks. If you get sent such a CD and don’t have the appropriate software already installed, you may find these “readers” rather useful.

InnoSetup – Create a Windows installer for your own programs.

ISObuster – Tool for aiding recovery of data from lightly damaged or dud CDs and DVDs.

When asked by a Windows-user how they can convert their work to a PDF, i usually respond with two possible solutions – OpenOffice and PDFcreator. If they’re wanting to convert an MS Office document then they can open it in OpenOffice and use the built-in PDF-export feature to create a PDF. Alternatively, PDFcreator can be used from any program (that allows printing) since it appears as a printer and so allows you to “print out” PDF versions of your text, table, chart, image, etc.

I have, however, just discovered that Microsoft offer an “Add-in” for Office 2007 that eliminates the need any of the above  if it is just Office documents you’re interested in converting. It’s called “Microsoft Save As PDF or XPS” and, surprise surprise, it simply adds a “Save as PDF” option to the menu in Word, Excel, Powerpoint, et al. Click that and the job’s a good ‘un.

Of course, my original suggestions are valid if you don’t have MS Office 2007 (the add-in only appears to exist for that version) or you want to create PDFs from apps other than Office.

Finding this little tool reminded me of a few other “hidden” Microsoft add-ons and utilities i once discovered:

Windows XP Virtual CD-ROM Control Panel – Allows you to mount ISO images as drives on your computer, so no need to burn the ISO to CD to access it. (official MS download here)

There’s a very interesting Q&A over at ZDnet with Charlie Miller, the “researcher” who exploited Safari on OSX in the recent Pwn2Own contest. Charlie says that OSX is by far the easiest operating system to write exploits for since it employs no anti-exploit measures. Gulp. Of course, you need to find a bug before you can write an exploit and even then exploits tend to require some user-input, but this should still make for pretty chilling reading for Mac-users.