And now, rounding off this unintentional trio of re-visiting 6-month-old posts, here’s an update on the lovely Eee Keyboard… The Register reports it’ll be available in the UK next month (That’s October, for the calendarly-challenged). No word on price yet.

Oh, and it appears to have developed black keys since i last mentioned it… 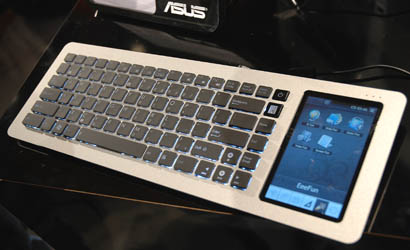 A while ago I highlighted a few free tools for saving the device drivers on your Windows PC. These are very handy when you need to format the machine and have lost the manufacturer-supplied discs …but what happens if you’ve already formatted the PC before you discover you’ve lost the CD? Well, assuming something like PC Wizard can’t help you, then you’ll be stuck playing detective. If you do find yourself in this predicament then you may find these instructions from command-tab very useful indeed.

Long-time gluttons-for-punishment1 may recall a little post i made back in february about an artist called Michael Bosanko, who creates incredible images with glow-sticks. Light graffiti, if you will.

Light graffiti? What, like in those TalkTalk adverts and the TalkTalk “idents” for the X-Factor? Yes, like those. Just like those. Because they’re done by Bosanko. Look, here and here are TalkTalk telling you all about how they toured the UK with him to produce the pictures for their ads.

I think the pics from Sheffield are particularly lovely, but i may be biased…

All of the images from the ads, including 6 from Sheffield, can be found on Flickr or head over to YouTube for a collection of videos, including a “how to” by the artist…

This is a call…

Hello there. Thanks for stopping by at my little cul-de-sac on the InterWeb.

Apparently, visitors will come gather around the flame of my blog like the proverbial moths if i utter the simple magic words “Princess Leia Gold Bikini“.

I’m just seeing if this is true or not. Sorry for any confusion or inconvenience caused.

By way of an apology, here is the famous bikini… 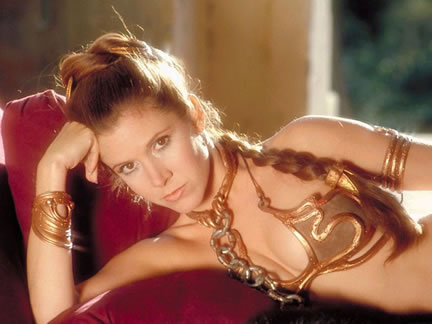 Now please go and look at some of my other posts. They’re not about Princess Leia, Boba Fett or even Salacious Crumb, but they are about geeky things. Geeky things like lovely Apples, device designs, Twitter and general sputum from around the Internet.

Update: That “apparently” link above is out of date, since Dave changed his twitter username. This one should work though.

Mac OS X 10.6 (Snow Leopard) might have promised very few new features but the simple claim of speed gains (and just a £25 price tag) had me ordering as soon as i could. Don’t misunderstand me, i had no complaints about my MacBook’s performance but a cheap speed boost is always welcome.

Here are some thoroughly un-scientific measurements of the differences i’m seeing between the old and new operating systems on my unibody MacBook (2GHz Core2Duo, 4GB RAM, 5400rpm 160GB hard drive)…

Following the install it was immediately quite clear that things were snappier and, as you can see from the above, almost all of the apps I regularly use show this with a noticeable improvement in launch time. I was even surprised to find that the shutdown time, which i already considered rapid, was improved on – from about 5 seconds down to just 3 seconds. Excellent news when you’re in a rush to turn off. Conversely, i was really disappointed to see that boot time seems to have grown by nearly 10 seconds – all the reports i’d read before upgrading claimed boot time improvements. Still, it is a small price to pay for a generally nippier OS.

Some other titbits about Mac OSX 10.6:

If you were hoping to read something a bit more in-depth than this, see MacWorld’s take on the performance of 10.6 here. Likewise, if you want a full review of Snow Leopard you’ll probably not find better coverage than this 23-page article at Ars.

Update #2: Ooh, TUAW have joined in with the “real world” testing now too.