I thought i’d blogged before about the novel and rather fetching QLOCKTWO clock, but apparently not. Odd, given how much I crave one. Anyway, i’ve just discovered that the makers, Biegert & Funk, have created an bed-side alarm clock version: the QLOCKTWO TOUCH. 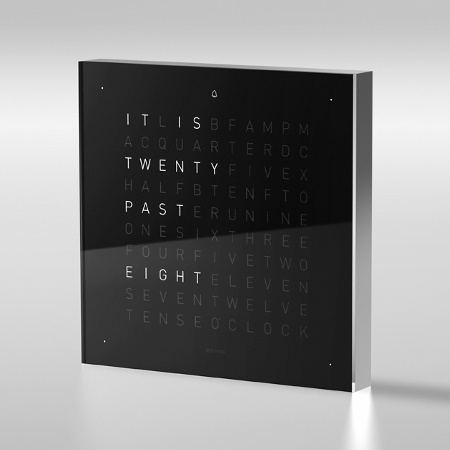 I think it’s gorgeous. But at about £320 it’s maybe just a little bit too pricey for me right now. (I could probably stretch to the iPhone app version though.)

A house built to be lined floor-to-ceiling (and beyond) with bookshelves. Utterly brilliant. 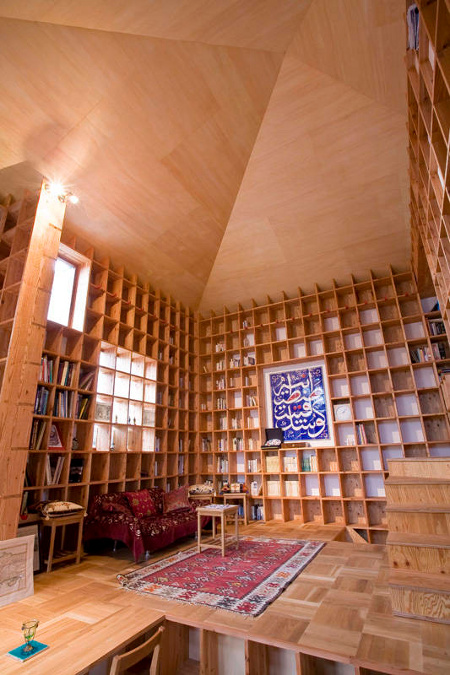 Take a look at the architect’s webpage for more photos of this incredible building. I love it. But a question: is it enough shelf space?

Or so i thought. I haven’t had any zip file-related questions in years. The more Windows XP, and its inbuilt zip-file-opening capability, became ubiquitous on PCs throughout the land the fewer of those queries were raised. Nowadays, whether you use Windows, Linux or Mac, there’s an inbuilt function for compressing/decompressing zip archives and users seem quite capable of using it. So it came as a bit of a surprise to recently find myself fielding queries about WinZip.

To be a little more precise: I’ve had 3 queries about WinZip within the last week, all to do with the trial period of the program expiring and therefore the user being unable1 to open zip files. I feel like i’ve been transported back to 1999. I’d forgotten all about WinZip – assumed it no longer existed, even – so why is it here in 2012 bothering me? Why is it suddenly getting installed again? Has it started getting bundled on the sly with some other utility? The users in question do not work in the same teams, have not shared any files and seem unable to offer any insight. I’m left wondering if this is just some massive coincidence or the tip of a very annoying little iceberg.

There’s a small collection of long exposure photos here at BuzzFeed. Some are rather impressive. You should probably take a look.

Long-time visitors to this site may recall me mentioning the idea of a remote viewfinder for a camera once or twice before. It’s a concept i was convinced had legs and one we’d see become reality before long. Well, now1 it is a reality – though admittedly not in exactly the way i’d envisaged.

The Register has a review of the Samsung SH100, a 14megapixel point-and-shoot digital camera that through the use of inbuilt wifi allows you, amongst other things, to take pictures remotely using your Samsung Android smartphone. Not quite the detachable-screen system that i’d formulated but it achieves the same thing. El Reg’s review only touches on this remote capture capability to say that it works ok but to me it nevertheless appears rather impressive. This is definitely some tech i’d like to try out in person.

It’ll be interesting to see if this sort of technology becomes ubiquitous in world of photography. I like to imagine it will.