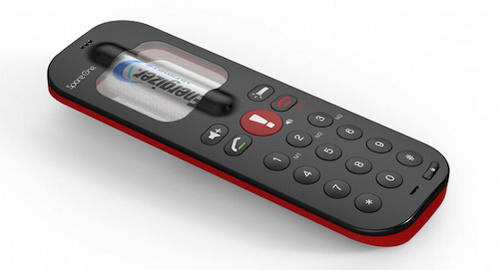 So, here’s the SpareOne. A mobile phone powered by a single AA battery and – as the name suggests – intended to be kept as a spare.

It’s a novel idea, and a lovely bit of design, but i’m not convinced there’s very much point to it. Let’s take a look at the 4 “use cases” suggested by the makers.

Sure, makes sense. Only we’re heading towards a world of standardised mobile phone mains chargers. Also, car chargers are available. And spare batteries. And battery-boosters. And solar chargers. And sometimes you can find these quaint things called telephones in people’s houses or place of work. Furthermore, if you’re out in the wilds away from any sort of power source, then what are the chances of mobile coverage anyway?

Um… how would this be any different than just sticking a local SIM in your own phone exactly?

Yeah, i’m sure there’d be no social stigma attached to being seen carrying one of these.

That AA battery might well last upto 15 years but i doubt the SIM card would still be active after such a period.

Snarking aside, i’m fairly sure the SpareOne will find itself a niche market. Probably related to that last use case – in the event of a true emergency. I can quite see them being included in First Aid packs or being distributed en masse in disaster zones.

I’ve not mentioned dual-screen laptops in a while, so i thought i’d just post a brief update…

Back in August 2010, Toshiba released (in very limited numbers) the Libretto W100 “netbook”. It had two 7 inch screens and sold for $1100. Engadget had this to say about it:

Here’s the thing about our experience with the Libretto W105: it was certainly chock-full of many (many!) frustrating hardware and software issues, but it was also a really fun device to play with. No matter how much we wanted to send it back after we’d mistakenly select something or had to put on headphones to drown out the fan noise, there’s just something about having two conjoined touchscreens that made the entire product worthy of keeping around.

In February 2011, MSI unveiled their Dual Pad concept. Basically, two tablets that sit together to form a “laptop”. Nothing came of the concept, as far as i know. You can learn a little more about the Dual Pad at Engadget.

April 2011 saw the release (in the USA, at least) of the Acer Iconia 6120 Touchbook, a notebook with twin 14 inch screens. It looks almost exactly like the thing i’d once envisaged. ThisIsMyNext (which you’ll now know as The Verge) had this to say about it:

I’m sure I’d be more forgiving of the hardware if its software was more refined and enjoyable, and likewise I wouldn’t mind the software’s shortcomings so much if it were a more compact package. But both? As it stands, what we have is a machine that’s as bulky as a primary workstation, with specs that don’t match its $1,200 price tag and a novelty that ends up being a burden more than it is a benefit.

April 2011 also saw the release of the Kyocera Echo – a dual-screen Android smartphone. Here’s the ThisIsMyNext / The Verge review.

These two devices seem to have led reviewer Ross Miller to write this comment piece on dual-screen kit. Basically, it’s all been a bit flawed so far.

As someone who is rather taken by the idea of dual-screen laptops, I find this all rather disappointing to read, as is the fact that there’s been very few (zero?) other twin-screened devices, or even concepts, announced in the last 6 months or so.

Mind you, it only takes one patent application for things to get a little exciting again…

If you thought that the EU’s ruling that mobile phones should adopt a standard charger connection would mean the end of the Apple’s proprietary 30-pin dock connector, you thought wrong.

Update: Europe’s regulations might not be causing Apple to re-think the 30-pin dock connector, but the ongoing efforts to save space could be.

Apple today revealed that the next version of OS X will be Mountain Lion. It’ll be released in “late summer” and it seems to very much continue the iOS-ification of the Mac operating system.

Take a look at Macworld’s Hands-On for more in-depth coverage.

Oh, and be sure to have a read of Gruber’s post detailing how Apple treated him (and presumably other influential journos and bloggers) to a “press event for one”. 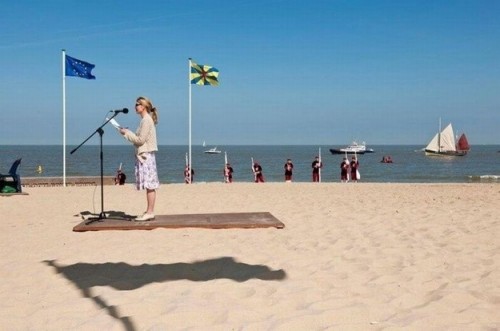