You’ve always dreamed of a thermometer that allows you to feel the forecast temperature, right?

Everything is a remix. (part 4)

It’s out a little bit later than originally planned, but here’s part 4 of Kirby Ferguson’s documentary Everything is a Remix. It’s really good. Hit play.

Note: Parts 1, 2 and 3 were previously embedded here. Be sure to watch them too.

For those of you who haven’t been paying attention, the PC market is currently trying to combat Apple’s rather-very-successful MacBook Air range of laptops with their own thin, lightweight portables, AKA “Ultrabooks”. Unfortunately the Ultrabooks released to date haven’t really cut the mustard. PC manufacturers can match technical spec, they can do small and lightweight no problem, and some of them are getting good at making aesthetically-pleasing, well-built machines, but they are seemingly incapable of putting this all together in a package that bests (or even just matches) Apple’s pricing1.

But it looks like Dell are set to change all that with the release of the XPS 13. 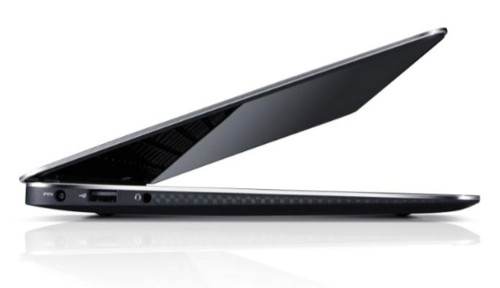 Here’s a aluminium-topped, carbon-fibre bodied laptop which squeezes a 13-inch screen onto a 12-inch laptop chassis and sports an Intel Core i5 chip, 4GB RAM and a 128GB SSD. Sure this thin-and-light design has sacrificed a few ports (some may complain) but that hasn’t stopped people buying similarly afflicted MacBook Airs. It’s a very good-looking bit of kit and apparently impeccably built, but best of all it has just gone on sale in the US for $999. That’s a price that’s sure to stop some people buying Apple hardware to run Windows on. 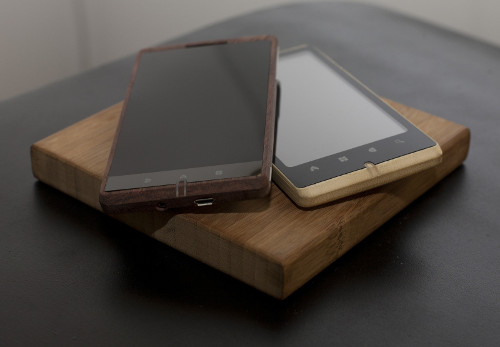 This is the ADzero, a smartphone made from bamboo (or rosewood), designed by British student Kieran-Scott Woodhouse. I like this a lot. It looks fantastic and is hopefully a little more eco-friendly than more traditional kit. Unfortunately, it’s pretty much just a concept right now. The above photograph is of prototypes (read: non-functioning models) but supposedly they’re going to get these beauties into production by the end of the year. Good luck to them – I’d be very interested to see (and feel) one of these in person.

There are more photos at the ADzero website and a video interview with Woodhouse at The Verge.

It seems that most news reports are focussing on (and sensationalising) the 41 megapixel statistic, rather than on what is actually being done with those pixels. On the face of it, 41 megapixels does seem somewhat of a jump in sensor size, given that most cameraphones currently sport 5-8 megapixel shooters, but there’s method to Nokia’s madness. They’re actually “oversampling”.

All Things D has a very readable article about the new device and particularly the story behind that 41 megapixel sensor.