On the Apple Magic Mouse.

Last week there was a great deal of interest in Apple’s freshly unveiled MacBook and new 27-inch iMac but, from where i was sitting at least, it seemed most excitement was generated by Apple’s Magic Mouse. This new pointing device adheres to Apple’s unwritten law that a mouse should only have a single physical button …but then actually provides a modern, multi-button device via its multi-touch surface. Trés fancy. 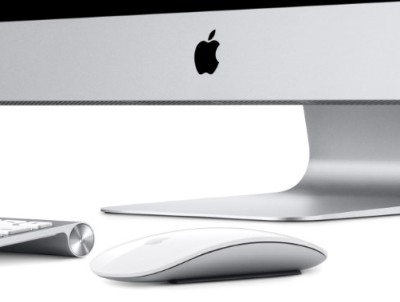 Anyway, like i said, the tech world seemed to get pretty excited about the Magic Mouse1 but now it’s finally out in the real world it seems it doesn’t quite meet expectations (or should that be “live up to the hype”?).

The Reg reckons the multi-touch gestures aren’t upto much and you need long fingers to enjoy the mouse properly anyway, Leander Kahney over at Cult of Mac finds the thing frustrating, as the multi-touch isn’t similar enough to that used in Apple’s notebooks and Jon Hicks isn’t that convinced either.

To be honest, I can’t say i’m surprised with these reactions. Upon it’s unveiling i did admire the Magic Mouse’s styling but was a little concerned that the multi-touch functionality wasn’t all it should have been. I haven’t had a hands-on with the device yet but when i do i expect, like Leander, i’ll struggle with having to use one finger for scrolling (i’m used to using two on my MacBook trackpad) and find the combination of trackpad and mouse a little confusing.

Of course I may find it sublime and wish i’d waited before publishing this post.

Update: Since writing this piece I have had a quick play with the Magic Mouse. Sadly the iMac it was hooked up to was pretty bare and had no internet access (what a great way to demo machines, John Lewis!) , so i had very few documents to test out the new mouse with. However, i did what i could and discovered:

All-in-all, I was a little disappointed with the Magic Mouse. Don’t get me wrong, if you get one with the new iMac you won’t be throwing it away in disgust – there’s nothing wrong with it. It’s just that there’s nothing really special about it. Maybe if more gestures can be added with future software/firmware updates then i might change my mind.