Last week someone posted a picture on the MacRumors.com forum of what purports to be the eagerly-anticipated-but-not-yet-actually-announced Mac Mini revision. Thing is, no-one seemed to believe the picture was real.

Rik Myslewski at The Register found it “fishy” because the specs leaked alongside the photo claim 2GB RAM, a SATA optical drive and the inclusion of 2 video ports, but mainly because he’s following the analysts that reckon Apple won’t announce new models in today’s economic climate where products that “woo” don’t necessarily become products that sell.

Stewart Meagher at The Inquirer questioned the double video ports too but also the inclusion of a FireWire800 socket. His main reason for calling “Photoshop shenanigans!” though was that the left-most USB port looks like a copy-paste job of the 2nd left-most.

And me? Oh, i was skeptical and in complete agreement that having 2 video outputs is very odd (especially as Steve Jobs’ Apple has never really been about giving the customer choices) but not really convinced by the other complaints. 2GB RAM sounds right to me given that the recently revised entry-level MacBook has that much, a SATA optical drive is now probably cheaper than an IDE one, FireWire support may have been dropped from the MacBooks but still exists on the MacBook Pros (and we’ve no evidence yet to say one way or the other about its fate on the desktop lines) and, if anything, surely Apple has to refresh its budget offering with the global economy what it is. No, my skepticism was based on nothing more than those two video ports and that additional USB port (why would Apple add a fifth when 4 is quite generous by their standards anyway?). In other words, my reasons were no better than anyone else’s. Yet we all maintained in was a fake.

And then the poster of the original photo went and killed off all accusations of Photoshoppery by providing a video clip. That silenced a few people and made believers of a few more. Now for this to be a fake it has to be some sort of elaborate, and very well done, modding of an existing Mini. Yet still the general consensus (and i’m still including myself here) seems to be that it’s all bullplop.

Why is that though? Why can’t we accept it? Is it because there’s something very “un-Apple” about that design? (the 5th USB port for me!) Or is it just because we’re jealous of this guy who has one? Is it because this can be attributed to a person that we feel compelled to dismiss it? Had this photo just been emailed to MacRumors.com and listed on the site as a photo from an anonymous source, would we all just believe it was the new Mac Mini? It’s difficult to say. Hopefully it won’t be too long before an Apple announcement tells us whether this is real or fake though…

A little more on headphones.

Since writing about my new Sennheiser CX300 headphones last week, i came across these Creative Labs EP-630 headphones which look identical but are roughly half the price. I can’t find anything concrete to say they are identical internally or in terms of the audio quality but there is some (anecdotal) evidence out there on the web that suggests they might be (and some that vehemently suggests not). If you happen to be looking for some cheap but good quality headphones though I reckon they might be worth a punt.

Of course, the validity of my opinion when it comes to audio-quality is quite questionable so you might prefer to look elsewhere. For instance, the Reg has just posted their top-ten noise-isolating earphones. No mention of the CX300s there sadly but then their review does cover buds costing as much as £180.

Update: I’ve just noticed that in the comments section of that Reg review there are a good few mentions of the CX300s, and one in particular about the EP-630s that says, well, what i said above really. There’s also a great comment by “Pete” (who says some of the things i’ve been trying to say but more succinctly) which is probably worth repeating in full here:

Warble on all you like about sound quality, but it’s all wasted. No matter how much you spend, you can’t turn the pigs ear of a 128KBps compressed stream into the silk purse of high-end audiophile sound.

Yes, you can filter out extraneous sounds (confession: long-time user of Etymotic ER6i’s here) and that’s their single, best, overriding, feature: you can’t hear the screaming child in the seat behind, or the inconsiderate “I’M ON THE TRAIN” idiot, either. Plus you don’t risk permanent ear damage as the accoutic seal means the volume can be kept down – while still hearing all the (compressed) good bits of the music itself.

However, don’t kid yourself that you’re hearing sound quality that represents the £150+ tag of these top-end puppies. Apart from the inconvenient truth that very few people have ever heard top-end kit (away from passing traffic noise, over-flying aircraft, or even other people moving around in the house) and so have no real benchmark to compare these with, the sound of your own body functions (oooh, err,) for example your hearbeat gets amplifed by these devices and detracts from the “quiet bits”. You’ll also find that wearing these while running, or even walking, is not a nice experience as the “thump thump” of your footfall is so loud.

If you do buy these, buy them to remove external sounds – but be under no illusions that they’ll improve a poor quality sound source. Finally, don’t *ever* wear these while driving.

This is why you’re fat. Yes, it certainly is. In fact, i think i could manage a ‘Bacon Cheese Pizza Burger’ right now. And i definitely need to find my nearest Pizza Vending Machine. 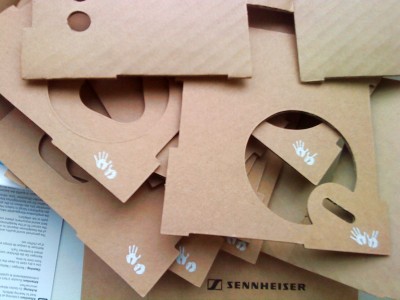 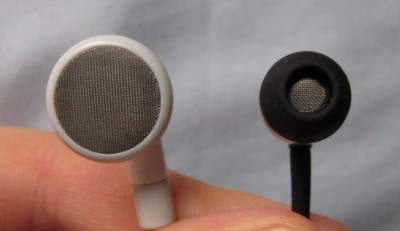 Until today i’d been using the Portable Network Graphics (PNG) format for most of the images i include in this blog, as (being lossless) they look better than JPGs and GIFs. Sadly the price to pay for this image quality is a larger filesize – often much larger – even when compressing them using PNGOUT, so i’ve decided to stick to JPGs from now on. The images might not look quite as good but i’m afraid the 70% reduction in filesize wins hands-down.