Facebook is going public today. Lots of rich people are about to get even richer. You’ve probably heard it all already. So here’s something Facebook-related that you might not know…

That looks fairly random, doesn’t it? Quite innocuous. Only, the 9 digit number in the middle there is a unique Facebook profile ID. Stick that number on the end of the following URL…

…and you’ll meet the owner of the FB account the picture originally came from.

Yep, that’s right. If you save a photo from Facebook, the name automatically given to that file includes your Facebook profile ID. So if you don’t rename that photo before sharing it1 you’re basically giving away the address to your Facebook account.

Of course, you probably have your Facebook privacy settings ramped right up, so nobody is going to see anything other than your name. But, still, i think it’s worth noting that this sort of thing is possible and worth trying to make people aware of what they might be revealing.

PS. I completely forgot to mention OpenBook, which beautifully highlights how much info some people give away on Facebook.

This talk of electrics and plugs has reminded me to post about what is probably my favourite Apple accessory design – and possibly one of my favourite Apple hardware designs, full-stop – the humble Apple USB Power Adapter. Yep, that’s the MB706B that is supplied with all UK iPhones. 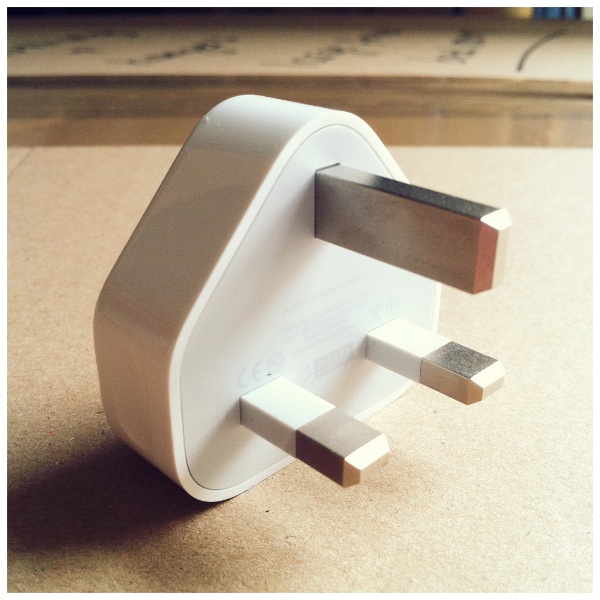 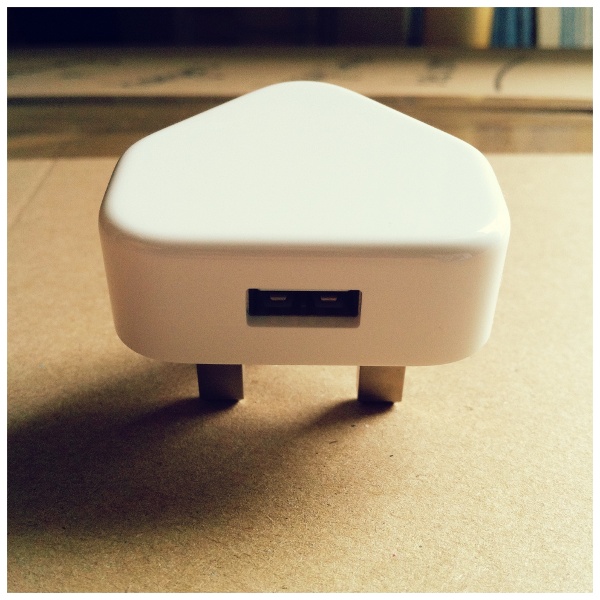 Look at it. Just look at it. So beautiful. Utter simplicity. And yet you know that an unusually high amount of work has gone into making it that way. There aren’t many companies in the world that would put so much time and effort into creating a mobile phone accessory.

Or, as Sir Jonathan Ive puts it:

So much of what we try to do is get to a point where the solution seems inevitable: you know, you think “of course it’s that way, why would it be any other way?” It looks so obvious, but that sense of inevitability in the solution is really hard to achieve.

After reading that Tesla comic, one thing led to another and I found myself hunting out an article i’d read years ago comparing the world’s domestic power supplies. It turns out it was this “Plug versus Plug” piece by CNET from 2009. If you’re polite, you might say the article is “light-hearted”. Personally, i think i’d opt for “daft bollocks thrown together on a Friday afternoon”. That said, I rather enjoyed reading it (and enough so to remember it years later). Ignore the daft and it’s a nice reminder that Britain is capable of great planning and engineering, and that our 3-pronged beauty is actually something to be proud of.

The greatest geek who ever lived.

There’s a rather wonderful new comic up at The Oatmeal about Nikola Tesla. If you’re not familiar with Tesla’s many achievements then please go learn something. If you already know about Tesla then go and read it anyway – remind yourself how insanely brilliant he was.

If you’ve bought any Disney DVDs recently you may have come across – and perhaps been a little confused by – the new FastPlay feature. Disney’s 12-point FAQs about FastPlay can be found here. Alternatively, here’s a simpler explanation:

If you use FastPlay, you get to watch all the ads and the movie without a troublesome menu getting in the way.

If you skip FastPlay, you get to the main menu without any ads and can play the movie straight away.

I know which I prefer.