Forget what i once said, when i renew my O2 mobile contract i won’t be choosing between an iPhone, Palm Pre or Blackberry. No, i’ve passed a lot of water since then. The Pre has been out in America for a while now and is not doing too well (generally reviewed as “good but no iPhone”) and the more i consider a Blackberry the more i find myself edging away.

So, what’s my shortlist now? Well, i could lie and say it was a toss-up between the iPhone, the HTC Hero or A N Other (Google) Android- or (Palm) webOS-based device… but i’d be lying. There is no decision. I’m a Mac man and i want an iPhone. Sod the expense and sod the limitations, i want an iPhone. 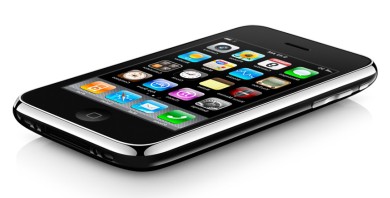 The only problem now is when to buy to one. If i buy now on a 2 year contract I’d not be able to get iPhone v5 as soon as it appears in June/July 2011, but if i buy now on an 18 month contract I’d be free of my contract way before iPhone v5 is available and end up paying £toomuch per month for nothing. And either way, i’d be “stuck” with a few months old iPhone 3GS when a shiny iPhone v4 came along in summer 2010. But i would have a shiny 3GS for at least a few months before the luster was spoilt and…

My umming and arring was interrupted by this.

Yes, Orange revealed they are going to start selling not just the old iPhone 3G (as was long-rumoured) but the 3GS too. Brilliant news. Decision made for me. Hang on a bit longer and see what happens once Orange ruin O2’s iPhone exclusivity in the UK. I doubt the price of the handset itself will be any cheaper through Orange (Apple probably sets that for the providers anyway) but i imagine this new competition will bring about some tariff changes. Probably nothing massively better, just enough for Orange to brag they offer a better iPhone deal… which in turn will hopefully lead to a better offering from O2. I say hopefully because i’d actually rather stay with O2 than move to Orange – O2 coverage is fine where i live and work, i can’t be bothered with the hassle of switching providers and, for all O2’s flaws, i’d rather be with the provider that has the most experience with Apple and the iPhone.